THIS IS HEAVENLY: after 20 years of fighting against trichotillomania finally cured from the urge of pulling out my own hair! 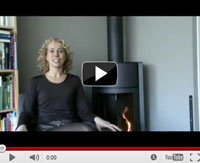 Watch the video too

"THIS IS HEAVENLY: after 20 years of fighting against trichotillomania finally cured from the urge of pulling out my own hair!"

The story of Irene

You can watch the video here

Before I found a cure for Trichotillomania, I often pulled out my hair at specific locations without actually being consciously aware of doing it in that moment.

And sometimes I would notice a feeling of restlessness in my body at moments like these when I reflected about the day. And quite often I would then feel a kind of itch exactly at the location where I would pull out my hair a little later.

Because stress was something that I dealt with quite often, sometimes making me feel as if I was hanging on a high voltage electricity cable.

I am sharing my story here about the fight I had with Trichotillomania before I started looking for treatment, but I can tell you that at the time I felt very bad about it all.

Because on the outside my hair was getting thinner and thinner, something that is very unpleasant for woman I can assure you.  And on the inside I would feel the shame and uncertainty as a result.

During the moments I was actually pulling out my hair it sometimes felt if needles were sticking in my head. Exactly at the spot where I pulled out my hair.

But also the realization that you seem to have no control over this behavior you suffer from and actually do yourself is very uncomfortable I can assure you.

Because despite all of my good intentions in the past that this time would definitely be the last time I would do it, I simply kept doing it as years went by.

And almost no one knew about this, simply because I was very ashamed of it. Trying to hide this big secret of mine from the outside world. And all of that made me quite uncertain and unhappy on the inside.

Before I had mainly tried to overcome trichotillomania on my own. For example by cutting my hair rather short. With the hope that I would then no longer do it, sadly without any true results.

My turnaround moment for becoming cured of Trichotillomania and finding appropriate treatment came as a result of all the disappointments that followed on my previous attempts to overcome trichotillomania on my own.

Because in that process I simply became more and more convinced that this was apparently something that I could not solve on my own. And as a result I became more open about his behavior towards others.

So when I shared this behavior with the new partner in my life, something beautiful and exciting happened for me. Instead of condemning me or letting me know how strange this behavior seemed (as I had heard from the few others I had shared it with in the past), he encouraged me in a loving manner to actively start looking for help.

“This is something that we will solve together” were his exact words. Unconditional love is what they call this I belief. And his support gave me the inner power and inspiration to actually start looking for help to overcome this once and for all.

Finding effective treatment for Trichotillomania – cure – thanks to the internet

On that website I subscribed myself  to the free self-help study about Trichotillomania. One that they created to uplift people who deal with compulsive hair pulling and give them better knowledge and insights to move forward in overcoming this.

All I can say is that I was very pleased with the information I received subsequently, because it allowed me to truly understand that despite this behavior I was completely normal. And that many people in the world sometimes hinder themselves with behavior that seems ineffective or difficult to understand at first.

After reading all that information I called them to discuss some specific questions that were still on my mind about their approach for helping me, upon which an appointment was quickly made.

Because the essence of their approach is to truly help you overcome Trichotillomania. Backed up with a satisfaction guarantee, through which you yourself can verify how pleased you are with the results afterwards. Something that very much appealed to me and gave me the confidence to move forward.

Learning to cure myself of Trichotillomania went actually a lot quicker than expected. Because what followed was both for Rik (the person from Getting Better that assisted me) and myself something wonderful.

Because at the start it was still unknown if I could actually overcome this behavior I had struggled with for so long in just one appointment. And I can still remember we said goodbye after our first appointment with an alternative future date in our calendars, in case we needed it.

Because in the meantime I had to do some daily exercises on my own with the material that was being provided and to test in real life how satisfied I was with the progress in my behavior.

Well, the results were astonishing! As days continued after that first appointment I kept Rik informed about my progress and actually noticed already from the start that something remarkable was going on. I had simply pulled no hair anymore and did not feel the urge to do so at all.

This was a very strange sensation for me, because  I had been doing it for almost 20 years on a daily – kind of predictable – basis.

Also during the subsequent days at home after our first appointment I kept doing the exercises that Rik had asked me to do. Exercises that would further help me to gain back control over my unconscious – unwanted behavior, he had told me.

And as I fully kept doing that as days went by, the date for our second appointment was quickly approaching. What should I do? Because during all the time after our first appointment I had not pulled out a single hair, which I used to do on a daily basis. A result that gave me tremendous joy.

And something inside of me told me that the second appointment might not be required at all. After having discussed this with Rik he invited me to see him once more, but when doing so to honestly listen to my own feelings whether I felt this was necessary for me.

I decided to ponder upon this during my coming night of sleep, and when I woke up I felt that the second appointment was no longer needed. Mainly as a result of the wonderful changes in my behavior that I had noticed in real life.

That the five hours we had spent together and the exercises I had done at home afterwards were apparently enough to achieve what I had longed for. I remember I called him a ‘magician’ with what he had accomplished, but his response was that I was the magician who had made this all possible with my active participation during and after the personal coaching assistance.

Meanwhile, 90 days have passed and I can proudly let you know that that decision for just one appointment was simply right for me. Because finally I’ve been able to leave hair pulling behind me.

Before when asked  I had told that realizing this would be kind of heaven for me. Well, with great pride and joy I can let you know that it truly is! No longer having to live with behavior from which you suffer and are deeply ashamed of is a real salvation.

The absolute best and most beautiful present I could have wished for myself!

What I especially noticed with the process and assistance for treatment for Trichotillomania from Getting Better was that it was very cozy, how strange this may sound.

The coaching practice of Getting Better has a very homey atmosphere, but also working with Rik was very enjoyable and felt familiar. The whole approach is very direct and goal oriented. But also the way in which he would occasionally ask further questions was very good.

Especially in situations where I would simply have accepted a first reasonable answer in the past, we now explored things further to better understand myself and gain back control over my behavior. But also allowing me to understand how I could take better care of myself in a way that the need for having to pull out my hair would simply no longer exist.

That stress or the high voltage feelings as I had experienced in the past  did not simply fall out of the sky. But that feelings of stress are the result how you deal with things and the meaning you give them, which allows for turmoil or inner peace.

But also the importance of honestly expressing your emotions and what you truly want. And how to find your inner power to do so when challenged, so you can take appropriate actions and have peace of mind right then and there.

So yes, I am very, very pleased and grateful for having accomplished this. Something that I wish for any person who currently still suffers from this behavior.

It is my experience that in order to make this happen too, you will need to step up and probably have to get out of your comfort zone by doing something different than you have done thus far. But that loving support from the people around you, as I had through my partner, will help enormously to get going.

And that from then on you have everything to gain when you fully go for it, as I have experienced myself with great satisfaction and joy.