Letting go of the behaviors, people or things that harm us can seem impossible. But why? Behaviors like trichotillomania can be in our past if we learn the fine art of letting go.

I remember seeing a TV show once which was all about life in a jungle. Among other things, the TV crew followed one local hunter and portrait the method he and other local residents use to trap monkeys.

The method is simple and very effective. The hunter places a barrel near the place monkeys reside and firmly attaches it to a tree. Then he puts some fruit in a barrel and seals the lid leaving one small opening just big enough for a monkey to reach with his hand inside the barrel, but not big enough for him to remove the food which is inside. 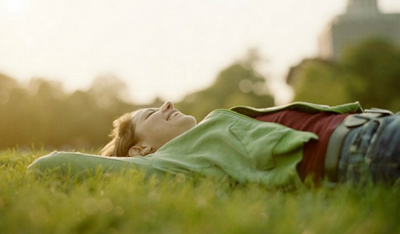 Then he hides and waits for the monkeys to show up. When monkeys arrive they smell the fruit and approach the trap. The bravest one reaches and grabs the food through a hole. In that moment the hunter runs towards the trapped monkey. Monkey can escape easily but the hole is too small for him to pull the food out.

In order to escape he has to let go of the fruit. For some reason monkey does not let go. He just tries to pull harder and the hunter catches him alive. The monkey is on his way to a ZOO because he just refused to let go.

That episode reminded me on how we also refuse to let go of the behaviors like trichotillomania or other compulsions, despite that fact that they do not enrich the quality of our lives. And the harder we try –  the results are worse and worse.

I remember the time I quit smoking. The main difference between the time I succeeded and all of those other times I failed, was the feeling of freedom of letting go of the behavior that was not good for me. Being free of trichotillomania is all about the art of letting go.

You too can be free of trichotillomania now. Find out how – read more! Now.

Toni Babić is a very passionate person working from the Croatian Branch of Treatment for Trichotillomania – Getting Better to whom this website belongs. When he was down and out in his own life, he was lucky enough to find a mentor who taught him many important skills to thrive in life. As a result he decided he would dedicate his life to helping people the way his mentor helped him. Because from experience he knows that by helping them overcome themselves and break through limiting behavior like trichotillomanie they will not only change the quality of their life for the better, but will also learn how to get far better results in many areas of their life with what they learn in the process. For more professional background info on Toni and his colleagues you can visit his profile page or the international team page.