How to stop hair pulling? Treatment for Trichotillomania provides therapy. Blog post by someone who overcame hair pull disorder and now inspires others to overcome compulsive hair picking too. 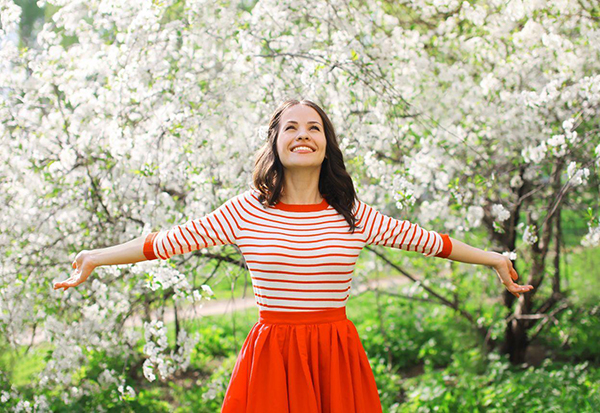 Through the therapy of trichotillomania I learned how to finally stop hair pulling.

I suddenly had a feeling of having more space inside my head when we were finished after five hours.

The moment I stepped outside the coaching practice where it had all happened it felt as if a small corner in my brain had been cleaned.

As if everything was ´back in its place´ and ´fresh air was blowing through´.

I presume that all experiences of people who overcome trichotillomania are unique, but I also expect that many will recognize themselves in this feeling of freedom.

Being cured of trichotillomania after 9 years fighting myself felt like real freedom.

Because suffering from trichotillomania often feels like you don´t have a choice for pulling out hair, you kind of have to do it, whether you want to or not.

Struggling with feelings of powerlessness and being confused by it all: why can’t I simply stop pulling out hair when I want to?

It feels like you are being imprisoned by this behavior, like it has taken over your life and you don’t have any control over it at all.

So suddenly being able after 9 years to stop pulling out hair and even no longer having the desire to do so was real freedom to me!

(For a detailed story of the whole coaching experience, see: overcoming trichotillomania after 9 years in only 5 hours.)

Through the trichotillomania therapy I also overcame the feelings of embarrassment that were often involved before.

Mainly because only a few people had ever heard of this hair pulling disorder. It’s seemed a kind of taboo.

And also not really understanding yourself why you are pulling out hair intensifies the fear that other people will think of it as strange.

But also being able to spot on the outside that someone is having not much hair resulted in feelings of embarrassment.

How my life changed through trichotillomania treatment

The results of the trichotillomania treatment and learning how to overcome this hair pulling disorder were really fantastic.

I suddenly had a lot of extra time available that I could now spend on things that I really liked.

Everything seemed much easier and I experienced things around me with more intensity than before.

Before the trichotillomania treatment it felt like I had a kind of ´noise´ in the background, always the realization of having this problem and the fact that I was wearing a scarf around my head.

Always a reason for holding back and wanting to hide myself and always the difficulty with  expressing who I really was and what I really felt instead of trying to fit in.

But a year after the treatment I went outside for the first time without having to wear a scarf or anything else around my head, which really felt fantastic!

As a result of overcoming trichotillomania I started to know and appreciate myself much better.

Suddenly I became more aware of the other people around me.

I also started to make better choices for myself and became very interested what I wanted to do with my life.

Because it truly felt like I could do anything I wanted with my life.

I knew inside I could cope with anything and everything was suddenly possible again.

In essence: I got my life back and I allowed myself space for many new things!

« Previous Post Getting treatment for trichotillomania: ON MY WAY TO CHANGE! Next Post » How to stop hair pulling with children?