How to stop hair pulling? Treatment for Trichotillomania provides cure. Blog post by someone who overcame hair picking and now inspires others to cure themselves of this hair pulling disorder too. 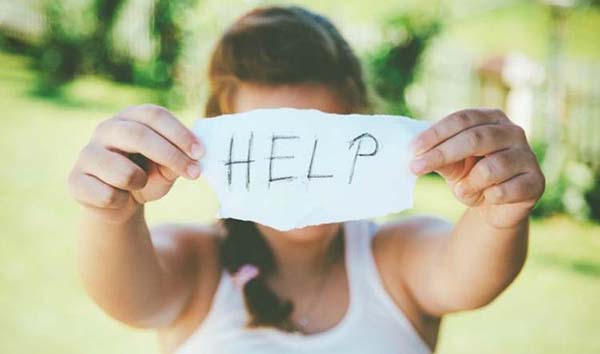 The possibility of getting Trichotillomania treatment or finding an appropriate cure for it outside of myself was something I had not considered for a long time.

Simply because I was trying to sort out this hair picking behavior on my own.

I had started it, so I should be able to stop it. And it was also not (continued once logged in) the kind of behavior that you simply address to someone else, because I was quite ashamed of it.

I did realize however I had a problem with Trichotillomania in my life. Simply because of the physical and emotional pain I was feeling by pulling out hair. Looking back I think the realization of having a problem with compulsive hair picking was an important first step to overcome Trichotillomania, but not enough.

Because the second step that I still had to make was realizing that you always have a choice how you address a problem. Any problem that you have difficulty to solve on you own, not just Trichotillomania.

How to stop hair pulling – the self-beliefs that kept me stuck at the time!

The main problem was that I simply did not know how to stop my daily hair pulling behavior. It seemed stronger than me and everything that I had tried thus far had not worked to overcome it.

Looking back I realize I had all kinds of self -beliefs that prevented me to move forward. For starters, it just seemed a lot easier to continue keeping this all to myself instead of sharing this ´strange´ behavior with others. At least, that is how it seemed to me.

But at the same time I felt hopelessly lost in my fight with Trichotillomania and not being able to cure it on my own. Because I had tried everything I could think of and was simply running out of options.

With hindsight I think it was that this attitude of ‘not knowing what to do to overcome Trichotillomania but having to solve this on my own’ that was hindering me big time.

But also the messages on the Internet about trichotillomania, whether or not you could cure it and if appropriate treatment or therapy really existed were all very conflicting and did not really support me at the time.

Initially, staying in my daily self-fight with Trichotillomania prevented me to find cure – treatment for it, but definitely seemed to have its benefits. Namely, continue doing what I had been doing all that time, pulling out my own hair. That felt safe and easy and allowed me to stay in my comfort zone.

Also, pulling out my hair had become so ‘normal’ that I could hardly realize a life without Trichotillomania. The urge to do this had sneaked in and had become part of my life.

But on a deeper level, and as time went on, having Trichotillomania in my life only resulted in sadness and feeling sorry for myself.

And at times that I was completely honest with myself I knew beyond a shadow of a doubt that I definitely wanted to stop with pulling out my hair.

Of course I wanted to overcome Trichotillomania! Because I don´t think anybody in his or her right mind is choosing to have problems that are holding you back and fully enjoy life.

Luckily I had a fried who – in an unexpected way – made me realize that asking for help was a great way out of my self-created prison (see my previous blog post: any form of treatment of trichotillomania start with this important first step).

Admitting that I suffered from Trichotillomania and needed to find treatment for it made it difficult to deal with the behavior at first. But realizing I had a choice how to go about it made me aware that I was responsible for all of this. That I had to put the ´wheels´ into motion to find a way out.

Initially it felt difficult to open myself up to the belief that overcoming Trichotillomania or finding treatment for it might be possible. Because I still doubted that, mainly because of the disappointments of my own self attempts in the past to overcome it. And also the time before it had all started just seemed so long ago.

But something inside of me had changed and a sincere longing, even still very fragile, to finally end this daily fight with Trichotillomania had come alive.

« Previous Post Any form of cure, therapy or treatment for trichotillomania starts with THIS IMPORTANT FIRST STEP! Next Post » Flying hair in the wind: MY SECRET CURE to a life without Trichotillomania!