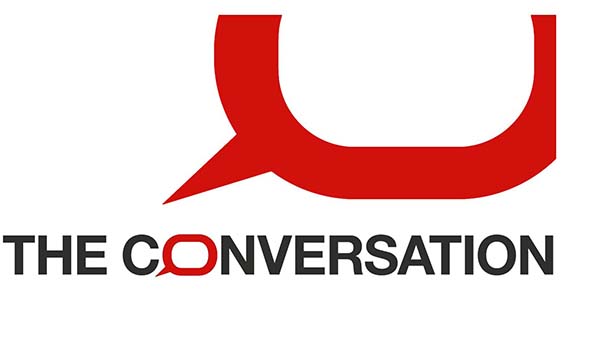 Here is an article from ‘The Conversation’ (an independent source of analysis, commentary and news from the university and research sector in Australia) that I came across recently that you might like to read yourself when you are looking for trichotillomania treatment.

It has some positive messages about the growing understanding and the effectiveness of cognitive therapy as treatment for trichotillomania.

What I definitely recognize in this article through my working in offering trichotillomania treatment to people over the years is the relationship between pulling and reducing unpleasant emotions.

This is how one of my clients defined it one day, and I quickly wrote it down because I could not have worded it myself any better:

“Tension is the most important factor that triggers the pulling of my hair. Negative feelings like grief, anger and disappointment often contribute to this. Also new situations often cause  stress and make me pull out my hair quicker. I need help to deal with anxiety and stress in a different way instead of pulling out my hair.”

So here is the article that I want to share that also gives notice to this effect:

Trichotillomania is a psychological disorder where individuals feel the urge to remove their bodily hair, to the point of obvious hair loss.

While the general community remains largely unaware of the condition, psychiatric cases date back to 1889, when the French physician Francois Hallopeau described a male patient who “manically” pulled out his scalp hair, resulting in bald patches.

This manic feature of the disorder refers to the individual impulsively pulling their hair in response to an irresistible urge or craving. They know that once they give in to an urge to pull they are likely to create further hair loss. But they still feel compelled to, in order to feel pleasure, gratification or relief. This leads to great shame, distress and embarrassment.

People with trichotillomania regret their self-inflicted hair loss, and devote energy and time into hiding the pulling and the hair loss from their family and the public. This very secrecy and lack of public awareness means that many individuals with trichotillomania believe they are the only person in the world with the problem.

Trichotillomania has a devastating impact on those affected. As one individual explained:

“Pulling out my eyelashes impacted on my whole life. It shaped the person I was and how I presented to the world, I was affected by it when I was pulling and it was present even in the moments I wasn’t pulling. That is, I got through the day with the knowledge that I would have relief by night, pulling my eyelashes out.”

Despite the profound impact trichotillomania can have on those afflicted, it was not formally recognised as a psychiatric disorder until its inclusion in the diagnostic handbook – the DSM – in 1987. Since this time, our knowledge has improved exponentially.

We now know how people “pull” – with hair typically removed from the scalp, eyebrows, and eyelashes, although hair anywhere on the body can be a target. We know that most people affected are women, with the problem arising during early childhood or adolescence. And we know that without help, the hair pulling tends to be chronic.

While initially believed to be rare, we now understand that 2% to 4% of the population experience the disorder, making it at least as common as schizophrenia – although the lengths that people go to hide their problem makes it much less visible.

We have and are developing treatments that work. Having traditionally been viewed as a simple habit, the “gold-standard” treatment for trichotillomania has for many decades been habit-reversal therapy (HRT). But with our expanding knowledge of the nature of trichotillomania, researchers have found that a blend of HRT with acceptance and commitment therapy – a form of cognitive therapy – is far more effective.

As with all mental illnesses, treatments still have scope for improvement.

Between 2% and 4% of the population suffer from trichotillomania. Chapendra

There are still great limits to our knowledge; more so than for common mental conditions. Given how common trichotillomania is, it’s under-researched, under-recognised, under-treated and misunderstood.

One current issue among researchers and clinicians is defining what “kind” of mental illness it is. Within the DSM disorders are placed into categories, such as mood disorders and eating disorders. These categories are important because they influence how we form ideas about the core features of problems, and influence both medical and psychological research into treatment. If a treatment “works” for one anxiety disorder, it is likely to be tried in some form for others.

But trichotillomania has had trouble finding a suitable “home”. Since its first listing, it has been categorised as an impulse-control disorder not elsewhere classified. Although its inclusion itself was important, this category – which contains everything from pathological gambling to pyromania – is a residual category with limited acceptance and validity.

Recently, studies have found that hair pulling also reduces unpleasant emotions such as anxiety. Indeed, our own ongoing research, interviewing individuals with trichotillomania about their experience and beliefs, highlights the role of both pleasure and relief from psychological pain that occurs when individuals pull.

In this sense, trichotillomania is similar to obsessive-compulsive disorder (OCD), where people feel relief after they’ve washed their hands, following obsessive thoughts that they may have been contaminated. As such, the forthcoming DSM-5 proposes to reclassify trichotillomania as an OCD-related disorder.

While time will tell whether this change actually leads to improved treatment for trichotillomania, it should at least serve to better highlight the problem and encourage new avenues for research.

In the meantime, our research aims to improve the understanding of the problem and encourage individuals suffering in secrecy to seek and find help.

So that was the actile I wanted to share. Here as some closing thoughts:

What I also recognize in this article is that suffering from trichotillomania often leads to feelings of shame, distress and embarrassment. Although some of the people we were allowed to help easily shared their story with others, others had to overcome some hindering throughts before they could ask for help.

But one of the things I have learned to apply more and more in my own life, which has made a big difference, is that things can go so much quicker and be so much more fun when we simply ask someone for help who is specialized in a particular topic.

To give you a simple example: I recently wanted to add a twitter bird logo with the active number of followers to our Dutch website for treatment for trichotillomania that needed sepcial coding with what I wanted to achieve. And although I do have some technical knowledge and skills myself, I am definitely not a website building expert as compared to some of the people I know.

So after struggling on my own for an hour, building up stress and getting nowhere, I simply said: ´enough is enough´. Then I consulted an expert in my network and in no time she provided me with the code that I simply needed to paste into the website, and voila, there was the result I was after :).

So asking someone for help who is specialized in a particular topic when you struggle on your own sometimes can take a little time, but once you do, can make all the difference in the results you get and how you go through life. That´s a principle that simply works, weather when getting treatment for trichotillomania or getting help with a website!